Last Saturday we made our way down to Illinois to play against our Chicago North Shore friends. The outcome of the game might not have gone the way we wanted, but even after losing 98-7 we kept our heads up and calmly analyzed what we now need to focus on before our next game.

The action started right away, and North Shore put the pressure on us early. Things looked promising for us briefly off a line-out where we were able to recover the ball and get it wide to wing Felicia Carlson who had a speedy run to about their 22 meter mark. Our forwards showed great discipline playing crash ball into their 10, but ultimately North Shore got the poach and ran it back to our zone.

Co-Captain and outside center Ashley Shaw and the aforementioned Carlson had some great breakaway-stopping tackles to slow play down, but North Shore also had very disciplined forwards and scored off a driving line-out. Score was 5-0, kick no good. Soon after that, North Shore pulled off back-to-back tries off quick hands, spectacular offloads, and great support. The conversion kicks were both good, and North Shore took a 19-0 lead.

We started setting a better pace after that, battling through scrums and managing to stop any more large advances thanks to better pressure. After a few knock-ons and forward passes, North Shore came up strong but fullback Sybil Levine was on fire the whole game and put a stop to them with huge tackles in the backfield. One of those tackles forced North Shore out of bounds, and with a missed line-out by Wisconsin, North Shore brought it in once again to the try zone. Kick went through the uprights, 26-0.

Right off the resetting kick, North Shore booted it back our way and raced us back into our try zone for another score. No kick this time, 31-0. After a long series of line-outs, we got the ball back into the hands of Carlson and started making progress back into North Shore territory; however, a penalty call was made and North Shore took full advantage of it. Breakaway try, made kick, North Shore with the 38-0 lead.

Play once again slowed down after that, and possession went back and forth for a while off line-outs, scrums, and penalty calls. We kept up the aggression and didn’t make it easy for them to get the ball into our zone, but eventually they did and scored once more before half. North Shore made their kick, and took the 45-0 lead on us into half.

The second half started with a few scrums, forced kicks, and unfortunately lots of scoring from our opponents. We continued to stop breakaways and made big hits on their crashing attempts, but North Shore’s quick hands proved to be deadly and led to multiple tries in pretty quick succession. North Shore went 2 for 3 on conversions, and the score was brought to 69-0 at about 15 minutes into the second half.

Flyhalf Elisa Becker had great resetting kicks throughout the game, and 8-man Grace Hovde was able to capitalize off them; Hovde had a long run and brought us closer to their try zone, but we couldn’t keep possession and North Shore had a lengthy kick right back. We were stopped from running it out and North Shore reclaimed possession for another try. Score was briefly 74-0 until a flurry of turnovers allowed for them to get back-to-back tries for a third time. This time they got it wide and ran it into the corner, and a missed difficult kick brought their lead to 81. Chaos in rucks and penalty calls led to a couple of injuries, and after a minute was taken to deal with those, North Shore got the quick tap and scored. 86-0.

It was tough to get our offense going through North Shore’s continued pressure, and it was equally difficult for our defense to penetrate their offensive lines for the entirety of the match. North Shore is the D1 National Championship Runner Up for a reason, and it was impressive (and at times frustrating) to be shown how they achieved that accomplishment. North Shore got a few more tries on us late in the game, and after a missed kick and then made kick, they got to their winning score of 98.

We did a remarkable job of keeping level heads and refusing to get choppy when down by so much, and also played with a lot of heart that never allowed us to completely give up. Becker did a fantastic job to set up opportunities with her kicks and turnover-causing tackles, and finally Wisconsin got on the board thanks to another #CaptainConnection from Shaw and Hovde; 98-5, Becker made the kick, (In Becker We Trust) and the game came to an end. Final score, 98-7. Good game North Shore!

Back of the Match: Felicia Carlson (Wing)

*Next up: Friendly match vs. Lindenwood on October 1st 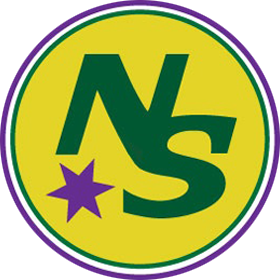 Due to a number of injuries, following the league game we played a modified B-side game that still allowed for everyone who wanted more experience to get playing time in. We decided on playing 10s with 3 10 minute periods, and although Wisconsin lost that one too, we put forth a good effort and continued to improve as time went on.

The first period of play provided lots of rucking practice, and backs captain Shaw continued to rack up tackles that stopped any breakaways. Despite this tough rucking and aggressive tackling, North Shore got the early lead on us and made their kick. 7-0.

North Shore showed a lot of depth throughout their roster, and came right back at us with equal aggression and more quick hands that got them into the try zone for another quick try. 2 for 2 on conversions, North Shore extended their lead to 14.

Our backs had pretty solid cohesiveness and created many opportunities to work the ball up; good offloads from the likes of Sarah “HMB” Pinkston and Shaw kept the ball in our possession, and support from the forwards held North Shore at 14-0 going into the first intermission.

A few substitutions were made, and the second period began. North Shore got the quick score, but missed the conversion, 19-0. Our players started to get hungry, and rookie Ashley Dorn took off on a breakaway; however, the ball was knocked on and play was brought back to about the 50. North Shore regained possession, and this time got a breakaway through for the try. Conversion good, 26-0. End of second period.

Wisconsin continued to play hard throughout the third period, but couldn’t keep possession for long. A slew of penalty calls allowed the forwards to play crash ball into North Shore territory, but quick support allowed North Shore to be able to poach the ball and take over play. North Shore went on to score a few more times before the final whistle blew, and they won the B-side showdown 41-0.

Back of the Match: Brooke Tashner

Forward of the Match: Emi Frerichs