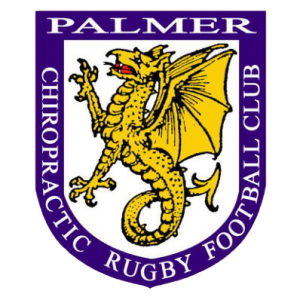 The Wisconsin Women couldn’t have asked for a better way to kick off their league season than earning a 57-0 shutout against the Palmer Women for the home team’s alumni weekend.

The victory capped a great day of reconnecting with alumni and collecting an estimated 1,000 food items for the local Cottage Grove food pantry too.

The day began with a friendly match of UW players and alumni mixing with Wisconsin developmental players and alumni. Notably, Wisconsin alums Jean O’Leary and Ruth Bernick jumped in the match with the younger players after letting everyone know they had “retired from rugby before most of you were even born.” Those two schooled the kids on the field and the sidelines were excited to see them play.

Welcoming alumni and fans from both the University of Wisconsin-Madison Women’s Rugby Club and Wisconsin Women’s Rugby Club, the women in red were ready for a nailbiter based on previous games against Palmer. Two of the last three games had ended with Wisconsin narrowly edging Palmer by just one-point victories.

However, Wisconsin came out of the gates to dominate Palmer in all aspects of play and opened scoring within just minutes of the first whistle. Playing at the Wisconsin Rugby Sports Complex, Wisconsin ran up a 42-0 lead at the half and then maintained the shutout against Palmer despite a second half battling the high heat and some fatigue. Wisconsin’s reserves brought in fresh legs to seal the defensive wall and earn the final 57-0 mark on the scoreboard.

Wisconsin begins the season at 1-0 in league play and overall. Next up, Wisconsin will host Chicago North Shore, a D-1 women’s team, in a friendly at home on Saturday, September 7. Kickoff is at 11 a.m.

New to rugby? All levels of experience welcome.

Next Match: Home vs. Chicago Lions