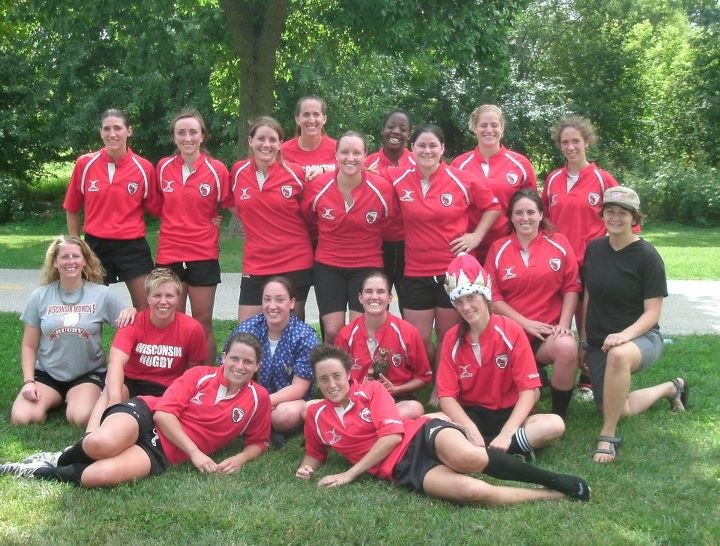 The Wisconsin Women kicked off their Fall 2011 Division 2 league season with a come-from-behind victory against the Palmer Women, 30-29.

Traveling south to Davenport, Iowa, Wisconsin brought a small roster to take on the Palmer Women on Saturday, September 10.

The opposing team was comprised of students from Palmer Chiropractic College and is a sister team to the Palmer Men, a Division I powerhouse. Palmer Women recently started offering scholarships to their players, a rare opportunity for senior women’s rugby athletes.

Palmer opened up scoring on the kickoff with a strong run by their inside center to wake up the Wisconsin Women. The women in red opted to take points a few minutes later with a penalty kick by new Wisconsin player Elisa Becker (a Madison, Wis., native and Cornell Women’s Rugby grad).

Team captains Meaghan White and Mary Hanks each scored a try to keep their team in the match. Scoring continued to roll back and forth throughout the match, but Wisconsin found themselves entering the second half down on the scoreboard and tapping into their few remaining reserve players after a key shoulder injury in the first half to outside center Nicole Helmer.

Palmer held a two-try lead with 25 minutes left in the half and kept up a scrambling attack in their backline with nice continuity and deep kicks. But Palmer’s forwards and overall team rucking soon lost steam as Wisconsin finally shook off the rust of a long summer away from 15s rugby.

Wisconsin’s attack pressed with great continuity across the field and the red forwards began to pound Palmer’s pack in each ruck, winning the majority of ball. Wisconsin hooker Michelle “Mike” Blaser also stole a number of Palmer scrums in addition to some Palmer lineouts as Wisconsin’s jumper. Growing up in nearby DeWitt, Iowa, Blaser’s family was welcomed into Wisconsin’s small fan contingent on the road.

Palmer’s defense started to falter as the minutes ticked down and allowed two more Wisconsin tries by Jessica Burda and new lock Justine Stewart (Brown University) respectively to clinch the 30-29 victory. The final Wisconsin try was Justine Stewart’s first-ever try and she pleasantly surprised all of her new Wisconsin teammates by running in a perfectly-centered score blazing through the Palmer defense.

Wisconsin returns home this Saturday, September 17 to play their in-state rivals the Milwaukee Scylla (and by rivals, we mean good rugby buddies!). Kickoff is at 1 p.m. at the Crossroads Rugby Field on Madison’s east side. 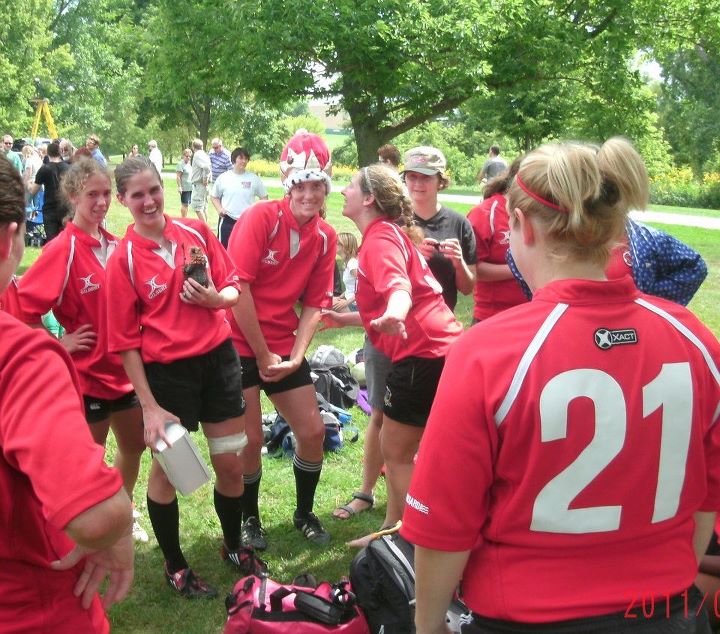